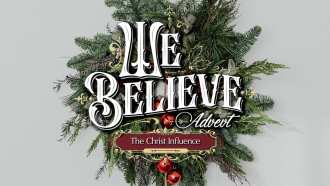 The overwhelming evidence declares that Jesus Christ is the most influential figure who has ever walked this planet. Billions and billions of individuals have heard of him. His influence on the world can be seen in the billions who claim to follow him and demonstrated in the efforts that has led to the creation of hospitals, orphanages, charities and other entities established for good. We conclude Advent season by exploring this unmatched Influence.